I just read an article on virtual reality (VR) in cyber security and how VR can be used in a SOC. 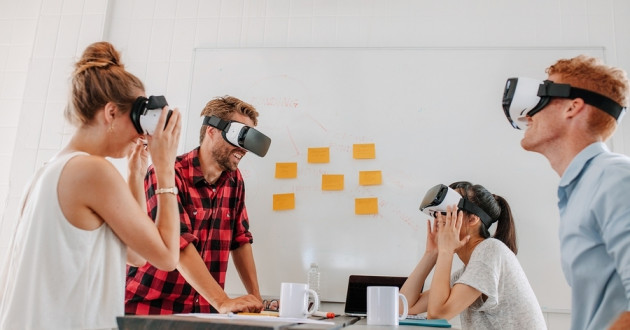 The post basically says that VR helps the SOC be less of an expensive room you have to operate by letting a company take the SOC virtual. Okay. I am buying that argument to some degree. It’s still different to be in the same room with your team, but okay.

Secondly, the article says that it helps tier-1 analysts look at context (I am paraphrasing). So in essence, they are saying that VR helps expand the number of pixels available. Just give me another screen and I am fine. Just having VR doesn’t mean we have the data to drive all of this. If we had it, it would be tremendously useful to show that contextual information in the existing interfaces. We don’t need VR for that. So overall, a non-argument.

There is an entire paragraph of non-sense in the post. VR (over traditional visualization) won’t help monitoring more sources. It won’t help with the analysis of endpoints. etc. Oh boy and “.. greater context and consumable intelligence for the C-suite.” For real? That’s just baloney!

Before we embark on VR, we need to get better at visualizing security data and probably some more advanced cyber security training for employees. Then, at some point, we can see if we want to map that data into three dimensions and whether that will actually help us being more efficient. VR isn’t the silver bullet, just like artificial intelligence (AI) isn’t either.

This is a gem within the article; a contradiction in itself: “More dashboards and more displays are not the answer. But a VR solution can help effectively identify potential threats and vulnerabilities as they emerge for oversight by the blue (defensive) team.” – What is VR other than visualization? If you can show it in three dimensions within some google, can’t you show it in two dimensions on a flat screen?